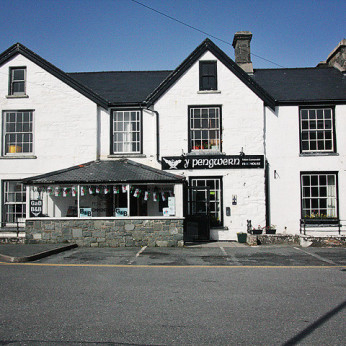 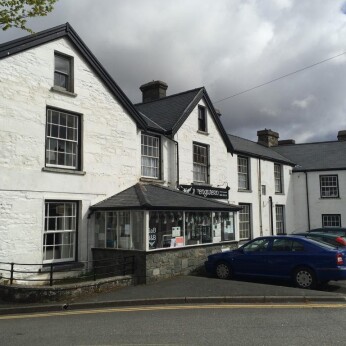 The Pengwern is an old drover's inn now owned and run by the community of Llan Ffestiniog. It is situated in the village square next to the church, overlooking the Vale of Ffestiniog, in the centre of Snowdonia National Park. A perfect base for exploring

In February 2009 the Pengwern closed it's doors, some feared for the last time. Therefore, at a public meeting held shortly before it closed, it was decided to establish a community social enterprise, Pengwern Cymunedol, in order to reopen the hotel. A number of individuals from among the villagers of Llan Ffestiniog volunteered to try to achieve this.

This part of the world is made for thinking: the mountains of southern Snowdonia brood, while the slate mines of neighbouring Blaenau Ffestiniog are long silent. But at Y Pengwern (the Pengwern Arms) there is laughter, the clink of glasses full of copper-hued beer brewed in nearby Porthmadog, and the strum of guitars on music night. Seven years ago villagers bought the last pub in the village, which had been closed since 2009, and saved this former drovers’ inn, where Victorian writer George Borrow once had a few ales. The new kitchen uses as much local produce as possible. There are also rumours of a ghost, Martha, who once owned the pub. She can now rest easy.