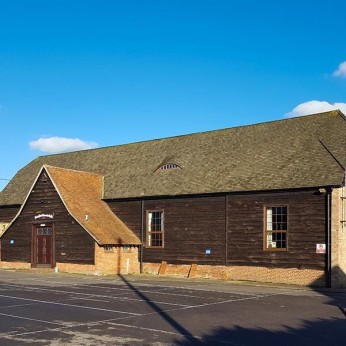 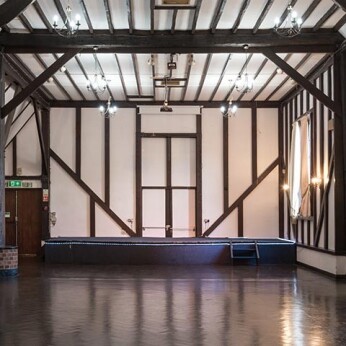 Members Club which welcomes new members to enjoy its many facilities... Just come along and socialise in our lounge bar. The hall is a perfect venue for weddings and parties.

The club was formed in 1946 by a group of local businessmen and was originally housed in a nissen hut in Old Didcot. After a short while, members bought from Mr. F. W. Napper, a local farmer, an old barn that was in a very poor state of disrepair. It was part of an aged working farm. This is a rear view of the barn, which now forms the Main Hall or Function Room of the present club-house.

The new members set about transforming this into the present clubhouse and by 1951 we had a building of which we can be proud. Even today in modern Didcot, our clubhouse stands out as a place of character and a venue for many and varied functions.

At our opening day, we were honoured to have our local M.P., Mr. Airey Neave, attend with the builder of the new club, Mr. Cecil Fosterkew. Various alterations were made to the club in 1955, including a snooker room and games room and, in 1962, the main hall was extended to accommodate functions. Now it is used for dancing, race nights, short mat bowls and skittles. A new committee room and small meeting room were also added. In 1990, the main building roof was replaced at a cost of approximately £40,000 and a security entry system introduced.