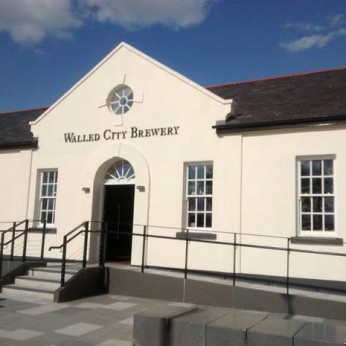 The Walled City Brewery is a multi-award winning unique restaurant and brewhouse located in Ebrington Square, Derry-Londonderry. Founder James Huey is a qualified diploma brewer having spent 12 years brewing with the largest beer company on the island.
After leaving the company, James realised he had two passions in life – craft beer and the city of Derry-Londonderry so he set off on an extraordinary journey to build the first craft brewery in the city centre for over 100 years. 496 days after writing down his vision, James and his wife Louise opened the Walled City Brewery on 15th May 2015.