The Silver Cross is a large English pub situated in the heart of London just a few steps down from Trafalgar Square along Whitehall. Half of the pub was once a Pizzaland Restaurant before it was knocked through and made into The T&J Bernard concept.

Before it joined the Taylor Walker family, the original Silver Cross Tavern was very small with approximately only 50 covers, now the Silver Cross can seat over 300 guests.

The Silver Cross is said to have had a resident ghost. Over the years there have been some strange occurrences in a certain area of the pub, people have heard strange noises here and have reported pictures falling off the wall. Team players have said to have felt a cold sensation in this part of the pub and some have reported they felt as though they were being watched here. One night when a former Deputy Manager was closing up, she locked the pub doors and went down to the office to cash up the tills. When she returned she thought she saw a lady walk around the corner into the haunted area. She presumed the lady must have been in toilet when she closed up and was trying to get out so she called out, but nobody answered. When she went around to the area, it was empty. The area the ghost is said to haunt was apparently once a brothel back in 1800's and was frequented by royalty. The ghost is said to be a young female prostitute who was murdered here. 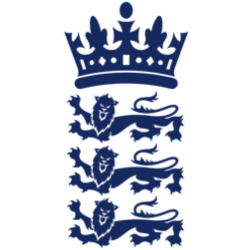