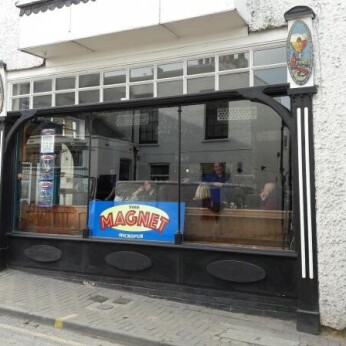 . A corner site with large picture windows on two sides for people and traffic gazing. Real ales sold through 3 handpumps on the bar counter and ciders on handpump and from boxes in the fridge. Furnished with high and low scrubbed top tables in a rustic style. Real ales major on Kentish breweries but ones from further afield will also feature.