Situated on the corner of London Road South and Queensway, this was built in c1964. The pub originally included a restaurant and was later extended. In 2007, it was renamed King’s bar and lounge, but it now has its original name. The Kingfisher was part of the Queensway estate which was built on farmland during 1956–59. The road names on the Queensway estate all have royal connections. 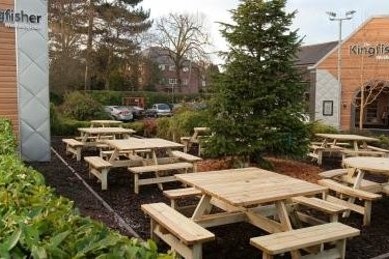 Punk IPA was the beer which kick-started BrewDog’s revolution – and now it’s being rolled out on dra...

Fundraisers at J D Wetherspoon have shaken off the myth of 13 being an unlucky number by raising a s...