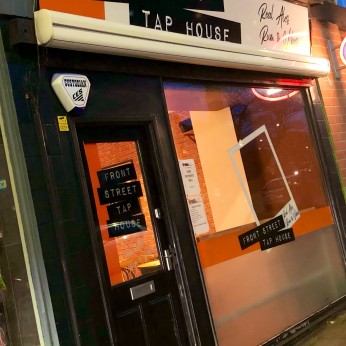 A dog friendly micropub providing real ales, craft beers and rum in a cosy atmosphere with a great soundtrack

The latest addition to the local micropub scene opened late December 2018 in a former florist shop on the main street. There is one main room including the bar, with a smaller raised area to the rear. It features four handpumps and four keg taps featuring beers from local breweries. It may open later on Friday and Saturday evenings. Card payments only at present.