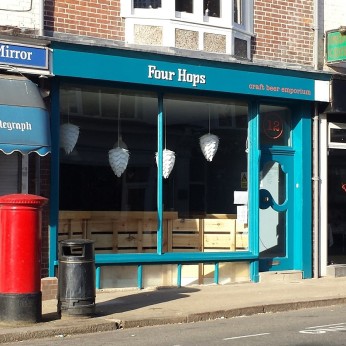 We are a little craft beer shop.

This micropub and bottle-shop opened on 20 May 2017 in premises previously used as a music shop. The owner, Martin Barfoot, is a member of the British Guild of Beer Writers. There is a small bar on the ground floor and a basement which is used for beer tasting events. Two cask beers are sold along with two keykeg beers and four keg beers. Around 200 different bottles and cans are also sold for either drinking on the premises or taking home. As well as beer, around 10 artisanal gins are sold. A 5% discount is given to Camra members on presentation of an up to date membership card. Note that the pub is closed Monday.