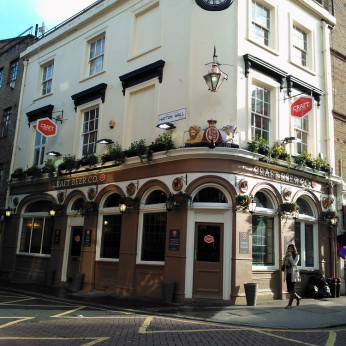 In July 2011 The Craft Beer Co. was born in Clerkenwell.

Our first pub was opened on an historic site on London's Leather Lane and held the distinction of having the most beer taps in the UK until May 2014 when it was overtaken by out very own Covent Garden pub. The pub is known for it's distinctive glass ceiling and chandelier as well as playing host to some of the best breweries from around the world. Sharing platters and a delicious selection of pies, scotch eggs and other snacks are on offer and we have an upstairs lounge available for private bookings.